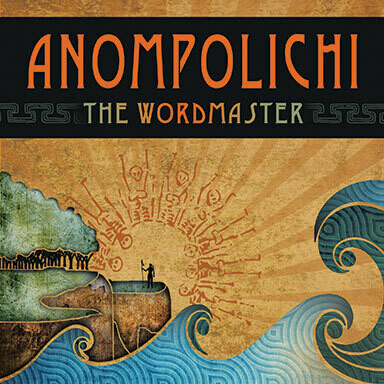 Phillip Carroll Morgan’s first novel, Anompolichi: The Wordmaster, brings his deep understanding of Native history and scholarship to the page, using it to carry the reader past the history of the known into the ancient, unknowable realm of what may have been, as he explores civilization in pre-Columbian North America through the lens of historical fiction.

Anompolichi introduces us to fourteenth-century Scottish sailing master Robert Williams as he leaves port for a short, profitable voyage around the British Isles, his ship laden with cargo, including the king’s goat.

A sudden and powerful storm erupts to send his ship farther off course than he or any of his seasoned crew has journeyed before, driving them into astonishing discovery and relentless tragedy, and flinging Robert into a world unlike any he has imagined. In that new world he meets a remarkable Native man who recognizes him from a dream—Iskifa Ahalopa, known by his people as an anompolichi, a wordmaster.

Robert and his new friend soon find themselves caught up in unforeseen depths of intrigue and danger, brought before astounding spectacle, and plunged into perilous adventure in the New World long before history recorded its discovery.

Save this product for later
Display prices in: USD