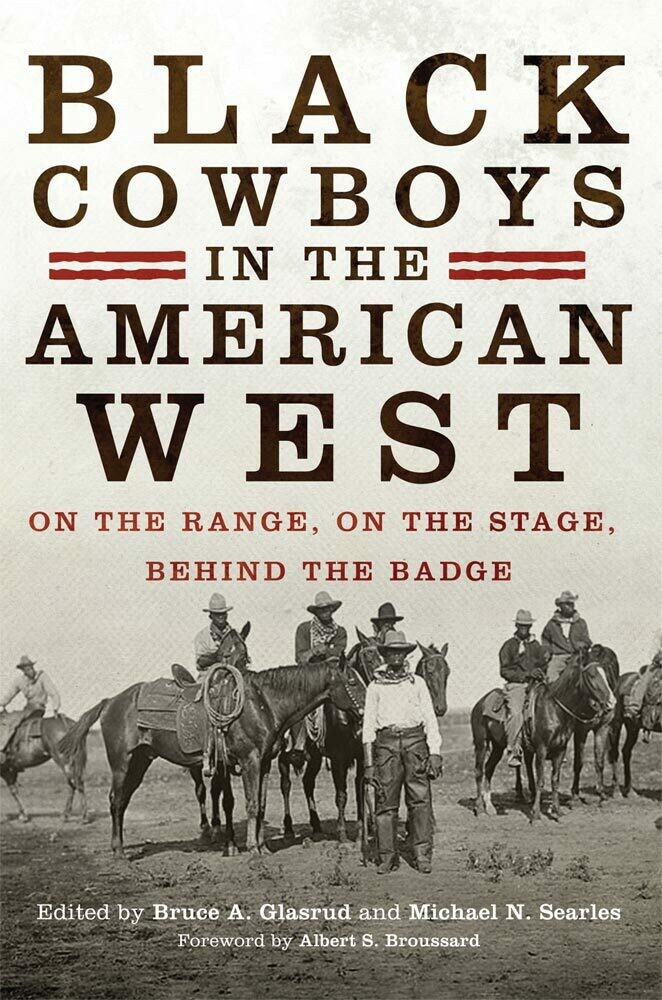 Black Cowboys in the American West

Who were the black cowboys? They were drovers, foremen, fiddlers, cowpunchers, cattle rustlers, cooks, and singers. They worked as wranglers, riders, ropers, bulldoggers, and bronc busters. They came from varied backgrounds—some grew up in slavery, while free blacks often got their start in Texas and Mexico. Most who joined the long trail drives were men, but black women also rode and worked on western ranches and farms.


The first overview of the subject in more than fifty years, Black Cowboys in the American West surveys the life and work of these cattle drivers from the years before the Civil War through the turn of the twentieth century. Including both classic, previously published articles and exciting new research, this collection also features select accounts of twentieth-century rodeos, music, people, and films. Arranged in three sections—“Cowboys on the Range,” “Performing Cowboys,” and “Outriders of the Black Cowboys”—the thirteen chapters illuminate the great diversity of the black cowboy experience.

Like all ranch hands and riders, African American cowboys lived hard, dangerous lives. But black drovers were expected to do the roughest, most dangerous work—and to do it without complaint. They faced discrimination out west, albeit less than in the South, which many had left in search of autonomy and freedom. As cowboys, they could escape the brutal violence visited on African Americans in many southern communities and northern cities.

Black cowhands remain an integral part of life in the West, the descendants of African Americans who ventured west and helped settle and establish black communities. This long-overdue examination of nineteenth- and twentieth-century black cowboys ensures that they, and their many stories and experiences, will continue to be known and told.

ABOUT THE AUTHOR
Bruce A. Glasrud, Professor Emeritus at California State University, East Bay, and retired Arts and Sciences Dean, Sul Ross State University, is the author or editor of more than thirty books.
Michael N. Searles is Emeritus Professor of History at Augusta University. Searles is a contributor to Black Cowboys of Texas and, with Bruce Glasrud, coeditor of Buffalo Soldiers in the American West: A Black Soldiers Anthology.

Albert S. Broussard is Professor of History at Texas A&M University and author of numerous books, including Expectations of Equality: A History of Black Westerners.
Save this product for later